Exodus of youth from churches must stop

The most important demographic for churches today is young people ages 15 to 30, but they are leaving the church in large numbers, according to J. Warner Wallace, who was the guest speaker on Sunday, April 19, at Green Bay Community Church.

Surveys say between 60% and 88% of young people are losing their faith. College kids in particular are being affected, for three primary reasons:

*Fallen human beings wanting to chase their own desires.

Many students say they leave their faith primarily because they don’t think it’s true.

Wallace, author of Cold Case Christianity, argues that we have to do something about this trend. He suggests we have to stop teaching our kids and start training them.

Teaching is about imparting knowledge and information, but training is about preparing kids for the battles they will face. Here are the five components to use when we TRAIN our children.

If we know a test is coming, we will prepare for it. A test is coming for students heading to college, so it's vital that they are prepared for what lies ahead.

Expect more from your students than you think they can handle. Often times church youth groups are all fun and games, but our students can handle so much more. Don’t settle for the "show up and be happy” mentality.

Equip them with vital information. Provide students with the truth. Part of that process is inoculating them, which means exposing them to atheist beliefs so they can be prepared to defend Christianity later on. Don’t isolate them, or be afraid of philosophy. Colossians 2:8 does’t speak against philosophy itself, but instead the philosophy of this world. Let them discover the philosophy of the Christian belief system.

Engage and challenge them personally. Deploy students to the battlefield of ideas. There’s no point in training if you never intend on deploying. Let them wrestle with thoughts for and against the Christian world view, and let them debate those who oppose your point of view. You will learn more in the ring than on chalkboard.

Tend to students’ wounds when they get beat up by atheist thinking. Come along side them and be there to help answer tough questions. Parents have to make a case for Christianity, and it starts by knowing why you believe and being able to explain that to your children.

For free resources from J. Warner Wallace go to his website: coldcasechristianity.com/resources 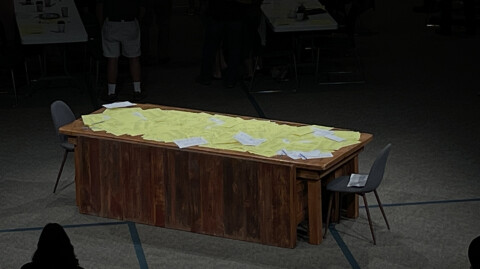 I'm In: Serving Opportunities at GBCC